If you haven’t heard, it’s our first birthday this week, with all sessions of our FRIDAY AND SATURDAY socially distanced birthday fully sold out.

So if you didn’t get a ticket in time, we’re really sorry – because that DOES also mean you’re missing out on exclusive pours of not one, but two brand new beers! And they’re both really damned good beers too!

Fuelled by a 2 hour delay waiting for a Hot Liquor tank not-quite-turned-on-as-much-as-we-thought-it-was to get up to temperature, leading to an impromptu watching of The Netflix Will Ferrel Eurovision Extravaganza: A watching that Grant was very very unsure of indeed to begin with, but dare he admit he enjoyed, we have our new fruited gose – with a name likely to raise an eyebrow or two.

What we have, quite simply, is “Jaja DingDong”.

We brewed this beer with The Mad Yanks to prove that not ALL collaborations need to end up at 15.6%. That said, we’ll be pouring our imperial stout on the night as well, because when at A Hoppy Place … But with

This is a 4.1% double fruited sour, with raspberry and blackcurrent. It’s sharp, tart, pretty, and incredibly refreshing. It’s the beer of rock stars – which I most certainly am not. So stand by for the pump clip. It’s a doozy. From now on I’m getting Larissa to illustrate me for all social media.

Jaja ding dong (ding dong): My love for you is growing wide and long

For now, JAJADINGDONG will only be available at A Hoppy Place

We helped Launched Phantom’s first ever can release after taking on their Meadow Road home back in December, and have been working with them closely ever since. Add on to that our good friend and loyal local supporter Alex taking a job there as brewer and one thing was quickly clear: We needed to do a collab brew.

The beer itself was an easy choice. Dave spends most of his time complaining that truly bitter ales are out of vogue, and Alex wanting to brew a Red Ale for some time. Beings as this was a ginge-on-ginge collaboration, our red ale was born and brewed.

Of course, as is standard for brewing when Distracted by Dave, we had fun. Upon noticing steam from the Hot Liquor Tank, we realised that the temp probe wasn’t in the thermowell. Strike water isn’t meant to boil. We did our best … There’s a theme with A Hoppy Place and collabs emerging! It only cost us an hour.

So the name. After Naomi and I spent a full afternoon throwing back and forth beer names that were all terrible, and after a real peak of terrible suggestions, the phrase “at least you tried” was uttered by one Hoppy bastard. But Naomi, calling me mean, triggered in me a memory of many a school sports day of times past, and not being the most athletic of sorts myself, the inevitable Participation Award. Given the brewday hikinks once again, at least we tried indeed…

Thus we had a name. “Participation award” is a hop forward and fabulously drinkable red ale coming in at 5.5%, from two red heads, who did their bestm and who understand that hops should be bitter: Not always tasting of pillows and mangoes and onions and whatnot. I think our best is pretty damn good, actually.

PARTICIPATION AWARD launches exclusively at A Hoppy Place, and will then be available in a very small quantity at The Haunt in Reading for the following weekend.

BOTH beers will remain available at AHP until we run out ! So don’t worry, the first pour won’t be the last pour. That said if you’re missing our Birthday, you ARE definitely missing out!

Cheers to our first year everyone, we’re so grateful. Let’s party. 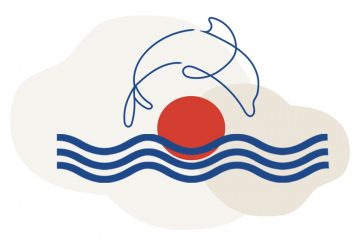 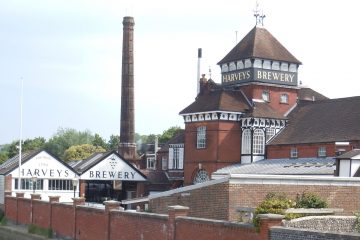 Thoughts on an Industry in turmoil As if lockdown wasn’t enough, as if the low rent thundercat that is Tim Martin stealing from .gov to subsidise a pint of Ruddles wasn’t enough, small breweries now have Read more…