A young CAMRA member’s thoughts on Cask, Craft, The Pub, and Beer Competition

In April 2018, CAMRA decided once again NOT to extend the scope of the organisation beyond real Ale. Unfortunately, for the relevance of our organisation I feel this was a huge mistake.

The majority of members – as has been well publicised elsewhere, wanted the motion to go through. 72% of the voting force of our 200,000 strong organisation wanted it to go through infact. But, sadly and conversely – unlike our pals in Parliament, more than 50% of the vote wouldn’t swing it. To set the bar so high in an organisation not exactly renowned for being at the bleeding edge of modern trends was to condemn it to failure. CAMRA knew the motion would be blocked by it’s more conservative, older member base. And fail the motion did.

So how do I feel. As a very progressive CAMRA member, and leading voice for kegged beer, cider, and spirits within what I must add is a much more-so than average progressive branch that I am privileged to be a part of, this motion was incredibly frustrating.

Looking back to even near history, I utterly understand the contempt that Real Ale’s force carbonated cousin the Kegged beer is held with. For decades, the ‘beer’ you’d get in a keg would be the adjunct rich, watered down, high fructose corn syrup or worse derived “Light Lager”. To this day, a vast majority of pubs in my experience will gleefully sell you a 60 day old pint of aged, acetic, oxidised “beer” from the likes of AB InBev, Molson  Coors or Busch Miller.

Faced with such antagonism, I’d also re-double my efforts to fight back, and to shout from the rooftops to any who would listen that my product is different. Mine is fresh. It has flavour. It is REAL.

But what a lot of members don’t realise, is what is coming to our market. How it is changing. And what a failure to adapt will do to us all.

It was during my Honeymoon trip to the USA that I realised just how dramatically the Craft Beer Revolution was growing. In every city, there’d be a dozen taprooms. In every taproom there’d be at least a dozen beers. None of them cask, nearly all of them fabulous. Americans make crap beer you say? What rock have you been hiding under I say to you.

So why Keg and not cask for these emerging beer styles?

The under 30s want one thing from their lifestyle. Collectability. It’s addictive. What started for Millennials (A label I hate, but I’ll stick with it for now. And yes I am one. But no I’m not a vegan and nor do I get offended by everything I read! I even fact check before reacting to things! )  with Pokemon Cards has migrated to Untappd, ratebeer, and the near compulsion to try every new brew from every new brewer. They’ll hunt for places with as much variety as possible, and try extreme variations on a style at a whim. My favourite new Beer of the past 12 months remains “F*ck you I won’t brew what you tell me” – a ridiculous 9.3% West Coast IPA from Weird Beard, with extreme bitterness: totally out of balance if not for the warmth, sweetness and mouth coating properties of the high gravity, which bring it all into line. But to survive the night, you’ll want a half, or a third at most. And it ships in a 30L keg. And at a trendy beer bar it’s alongside 15-20 other beers. Well…

Selling a £15+ pint, and selling 50+ pints of it in 3 days, will not happen. The beer will spoil. People won’t return. People won’t appreciate the beer. The bar will lose money and the sector will lose credibility. It would be where madness lies.

Kegs solve this problem. Now we can rotate all this exciting beer, knowing oxygen can’t get its claws into the beer’s character and that it can be enjoyed for a good month before really showing signs of age. It’ll overcarb eventually, but it will last that much longer.

And in the age of the collector (and trust me, I bought my first Pokemon card when I was 9, and have found a hundred more things to obsess about since) getting to try a third of something as crazy as that, in amongst the more reasonable sessionable beers, is key. I do not want to drink 9 pints of the same thing in an evening, I want to go out with my mates and talk about beer. I want to share flights and tasters, compare notes, and enjoy our fantastic industry. If I just wanted to get drunk, I wouldn’t bother going to a pub. I’d crack a tin at home. The trends show that I’m in the majority with that view. But pretty much no pub can put 15 casks on. It will likely be kept badly and some or even most of it will definitely spoil. In fact, if I walk into a quiet pub and see more than 4 casks on, I’ll usually preconceive that the beer will be terrible. The higher overheads of a kegged product are worth it as they resolve this – the beer is kept away from air and good to drink. But this brings me onto my next point.

The other reason cask doesn’t support what a keg drinker would consider an ‘exciting beer’ is price sensitivity. I’m sorry, but CAMRA as an organisation, in my local craft beer bar is quite unfairly, but you can probably understand why, called the “Campaign for a three quid pint”. The margins we’re expecting brewers to work within are so restrictive in 2019 that they cannot possibly serve this market with anything but their most simple, low ABV, low complexity product. Distribution, landlord/pubCo pressure and product lifespan makes the Cask seem completely unattractive. Huge numbers of pubs simply don’t put cask on any more.

This month, a new gambit from Camra HQ sees us widen the scope of the £20 wetherspoons voucher to a £30 voucher redeemable in more pub chains. Price, not quality, still seems to be the key factor of the campaign. A cheap bevvy, not supporting our independent brewers and publicans, should not be – and was not – what the campaign for real ale are meant to be all about. This is very unfortunate.

What is fantastic to see, is how at branch level – some groups are starting to get this message. The SWM Camra branch and Reading Branches for example at local level have now embraced KeyKeg product at their vestivals: Kegged Beer dispensed with co2! Don’t tell our ‘fuddy duddy’ stereotype members for goodness sake. Not that within my branch I can think of any! But definitely don’t tell them that, and this is a big secret: There might even be a few traditional kegs, where that evil gassy stuff will come into direct contact with the beer! A Hoppy Place are delighted to be able to help put such a shocking feat of revolutionary thinking together on the 27th-29th of July, more details here: https://maidenheadbeerfest.camra.org.uk/

Generally, people outside of our organisation are less sensitive to keg prices, they seem to understand the overheads in a way we refuse to. Tiny Rebel blogging on the £22 pint of Speedway Stout are there to make the uncomfortable point to our conservative beer drinkers. Beer does not need to be a pint of 3-5% and in a classic style. By making beer more exciting, and by realising it’s worth the money, we are embracing the winification of beer. Beer can be just as good a food match as an expensive wine. A great, sharp sour or a brut IPA to cleanse the pallet of a greasy fish for example is a match made in heaven. A brown ale or English Mild with toasty, roasty red meats – delightful. Beer is exciting. We need to embrace what it can be. And yet we have the audacity to see an establishment without cask on and say “They don’t serve beer”.

On two fronts CAMRA need, in my opinion, to adapt. Firstly – saving 1p on tax is not going to reverse the decline in this sector. Appreciating what the sector now is, and supporting all of it, and supporting Pub Landlords who are tied into crippling deals with their Freeholders is what is going to keep pubs open and keep the industry exciting. We absolutely must continue to lobby on tax, it is rightly a core principle, but its disingenuous to blame tax for a declining sector. And to blame the smoking ban 12 years on is just folly.

By ignoring the keg beer craft revolution, CAMRA are turning their back on the only demographic within the beer industry that is growing. In fact, the craft sector is growing rapidly: The market grew by 23% in 2017 alone, to now around 10% of the overall market, and continues from strength to strength: recent figures show a circa 28% 2018 growth.

So this is why the vote was the wrong decision. And this is how CAMRA need to adapt to be relevant to other people my age.

The way to get new drinkers into cask ale is to appeal to those drinkers. Not to stand them up as the enemy of the organisation. Now that Keg is not simply light lager, is not simply terrible vomit-aromad concentrate-born cider, is not simply mass produced nitro stouts, it can be analogous with cask. It is craft.  Cask promotes family owned, craft products for the most part. The drinker that will try a new Sierra Nevada Pale Ale in keg will also try the fantastic Loddon Citra Quad. The drinker that loves the fabulous Siren Champion Beer of Britain – Broken Dream – in Cask, will also love Lovibonds Henley Dark or Magic Rock’s Common Grounds Porters. The only group dividing these two drinkers is us. And by doing so, we’re missing the real point of all this.

CAMRA must put back to its’ members the vote on supporting all beer and cider. It must focus on supporting our Landlords against awful tie deals. And it must realise Keg is the dominant force in the UK, just like in the US and most of Europe, and realise that the way to support Cask is to convert those already chomping at the bit to sup exciting beer: Those who’ve already moved from commercial lagers to the massively exciting kegged beer industry.. Not to insult all of the likely recruits for the next generation of our organisation by saying their drink isn’t real.

Lets make CAMRA the organisation for all beer fans. Not just the ones our unfortunate reputation to the rest of UK drinkers often stereotypes us to be. 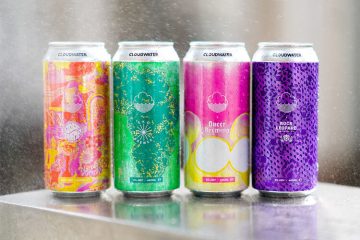 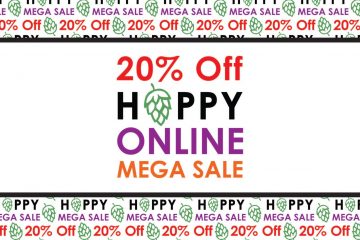 Hey! Thanks for clicking! Yes, 20% off EVERYTHING. We’ve never done this before. We’ll never do it again! That statement is likely to evoke one of two responses from you, depending on if you’re a Read more…