This item qualifies for free nationwide shipping! Want to maximise the box value? Why not order some more beer to arrive at the same time as the box!

An evening with… Siren

Join A Hoppy Place for a 2 and a half hour long drinkalong with Siren Craft Brewery’s Matt Lincoln.

Most of our followers will know Siren. As our largest and noisiest neighbours based out of Finchampstead, East Berkshire, Siren have gone in the last 12 months or so from great producer of a range of styles – to that, but also, astounding producer of some of the most exciting barrel aged beers in the country.

Matt joined Siren in March last year and has gone on to host a huge number of online events for the brewery. A keen home brewer and cicerone beer server, Matt knows all things Siren – and, as usual host – the shoe will be on the other foot for this evening with Dave stepping in to rack Matt’s brains about Siren’s plans (especially for their barrel store!), as well as tell us a bit more about a host of beers being brewed by Siren today – which you’ll be tasting along with us.

*Strictly limited to 36 tickets* to make sure everyone gets a chance to have a chat in what is much more a virtual pub than traditoinal drinkalong, join us to drink some of Siren’s wonderful core as well as special release brews, chat about the last and the next 12 months, and just have a great drinking great beer with one of our favourite breweries.

We will be tasting 5 Siren Beers, including Soundwave, the beer that really started it all, and some new and exciting specials.

The beers in the box (subject to change): 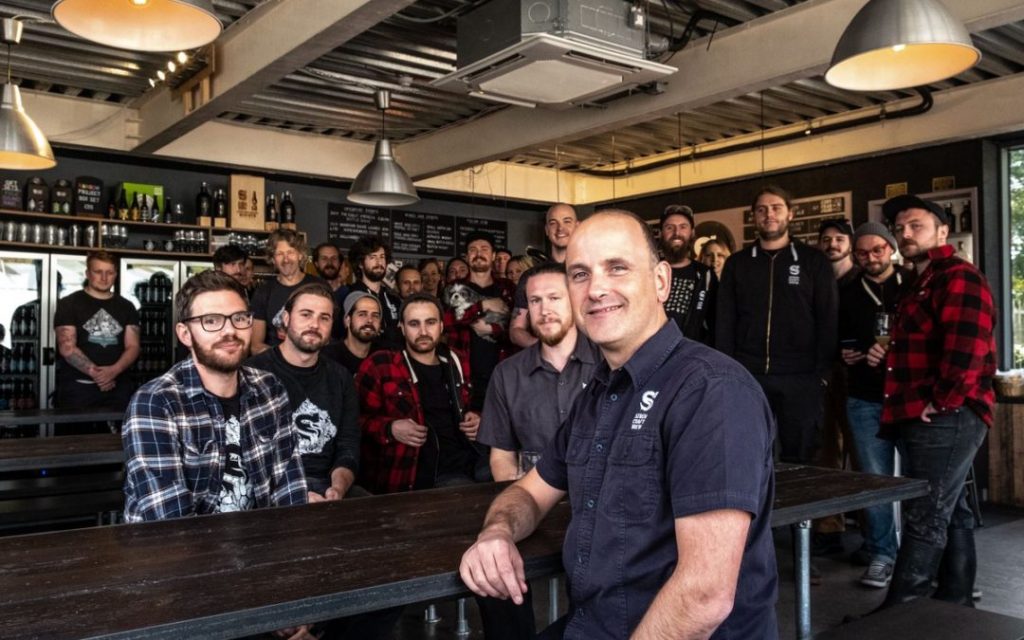 Price: £32.95 including FREE NATIONWIDE DELIVERY (or, collect in person from our Windsor shop and get a FREE can of Lumina! Siren’s newest core beer!).

So join us for an evening with Siren, learn about the brewery, chat with their team, and drink some great beer.

This is a PRESALE which runs Feb 22nd from 14:00 until March 3st at 12:00. Click and collect is possible until the end of Friday, but other boxes will be shipped on the 2nd/3rd in advance of our live Zoom chat on the 6th. The zoom link will be emailed during the week of the event!